The Arkansas SCI Chapter Christmas party was held at the Riverfront Steakhouse on Saturday December 3, 2016. 35 members and guests braved the rainy night to celibate with us instead of the 40 we had planned.

I apologize to Jim and Mona Diles and Tommy and Susie Johnson and the rest of their table. My picture of their table was not useable.

The food was great (it always is), the wine was free (it always is) and the stories exciting. Some of the pictures that went with the stories can be found on the next page. Susie Johnson took a good elk in New Mexico. New Member Greg Stacy took a Top Ten whitetail in Kentucky.

Robert Williams and Gary Acord went to West Texas to hunt the Champion Ranch. Gary bought the Scimitar-horned Oryx hunt at our April 2016 Fundraiser. It appears that they found some other animal that they could not live without! Lots of fun. 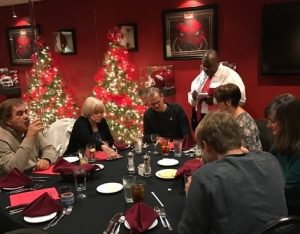 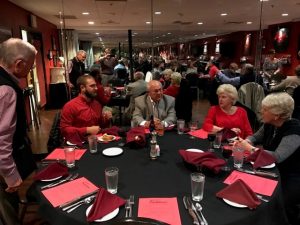 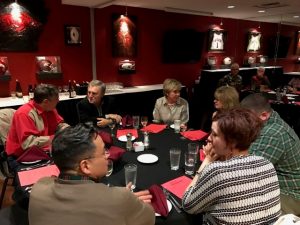 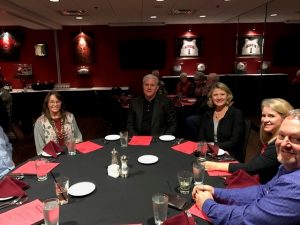