On March 10, 2021 in Hunting Stories, Newsletters
We had another GREAT European Pheasant Shoot with Caviness Cattle and Quail.  We were joined by our SCI CEO, Laird Hamberlin, who lives in Memphis, TN.  He greeted our crowd and gave a short talk explaining the benefits to hunting that SCI provides.  He invited anyone there that was not an SCI member to join.

Tom Quarles brought his usual crew.  We really appreciate his support.Airman Joe Hunt from the Little Rock Air Base has shot with Caviness before.  This was his first time to shoot with us.  He brought his father, Jim Hunt from Waco, TX and Dr. Ben Fox from Destin, FL to shoot with us.  Jim signed up for a three-year SCI membership and Ben signed up for a one-year SCI membership

I have been on most of our European Pheasant Shoots and I have never seen such great shooting.  The birds were flying high and they kept falling.  We had eighteen shooters and we paid for 200 pheasants.  This meant eight shooting stations had two shooters and two stations only had one shooter.  Mark Jones was one of the shooters that had the shooting station all to himself.  I was close enough to Mark to see what was flying his way.  I will tell you this, I do not remember seeing any bird getting past him

Edward Ragelis brought Valerie McCormick and his dog to shoot with him.  Edward sighed up for a one-year SCI membership

Brent Lesser and Joshua Green also became new SCI members.  We appreciate all the new members support for our Chapter and SCI.

I brought my granddaughter, Morgan Helderman, to take pictures of our shoot and her husband, Mark to shoot with me.  Mark became a new member of SCI.  He had a great time, but he said he was buying a semi-auto shot gun for the next shoot.  The birds were coming too fast for his pump gun.

I mentioned the good shooting. The last count showed that we killed 83% of the birds released.  Harlin described someone as shooting like they were starving! 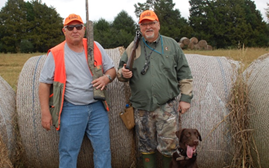 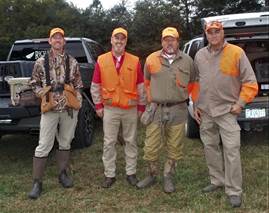 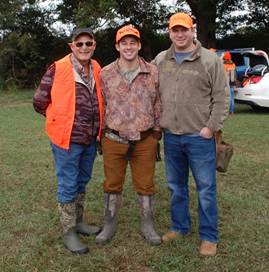 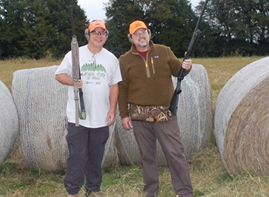 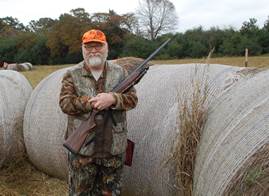 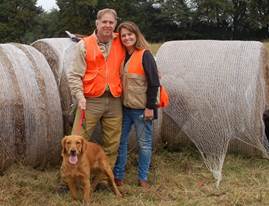 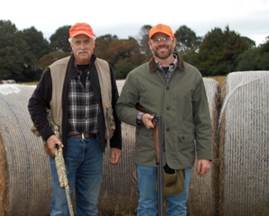 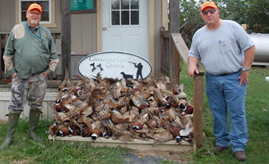